In the wake of the recent announcements made by the People’s Bank of China regarding the use of Bitcoin and Bitcoin exchanges, Huobi, OKCoin and BTCC are suspending margin trading. An official announcement can be seen on the BTCC official website, which reads:

“Starting from January 12th, 2017, BTCChina has suspended margin loan service. If you have any questions, please contact Customer Service.”

The move can be seen as a direct consequence of the inspections carried out by the People’s Bank of China on domestic exchanges, which was announced on the 11th and started yesterday. BTCC commented on the visit via their news page:

“During this visit, we followed up on prior discussions and shared details about our business model and operations with the group. We expect to continue with additional meetings later this week.

All operations at BTCC are normal and we continue to actively work with regulators to ensure that we remain compliant. In the meantime, we urge our customers to take a rational and cautious view to news articles which speculate on the visit and discussions.”

Although BTCC has already stopped margin trading, Huobi has only commented on the subject through WeChat, stating that Huobi may pause the new leverage services at any time.

Although unproven, many claim that these exchanges have been creating false value through margin and futures trading. This is done in order to create a false sense of popularity for the exchange, which may cause some to consider the exchange more legitimate. Bobby Lee, CEO of BTCC has even talked about this himself and accused both OKCoin and Huobi  (BTCChina was, of course, left out of the list) of this practice:

“There is a lot of mining that goes on in China. However, I caution you: do not read too much into the high trading volumes. China has decent high volumes but unfortunately two of my competition exchanges – I never like saying this – but they are artificially inflating their volumes through the technique of wash trades.”

The effects on the halt can already be observed on BTCC, which cut margin trading a few hours ago. Since then, trading volume from the exchange has been reduced significantly, as can be seen below: 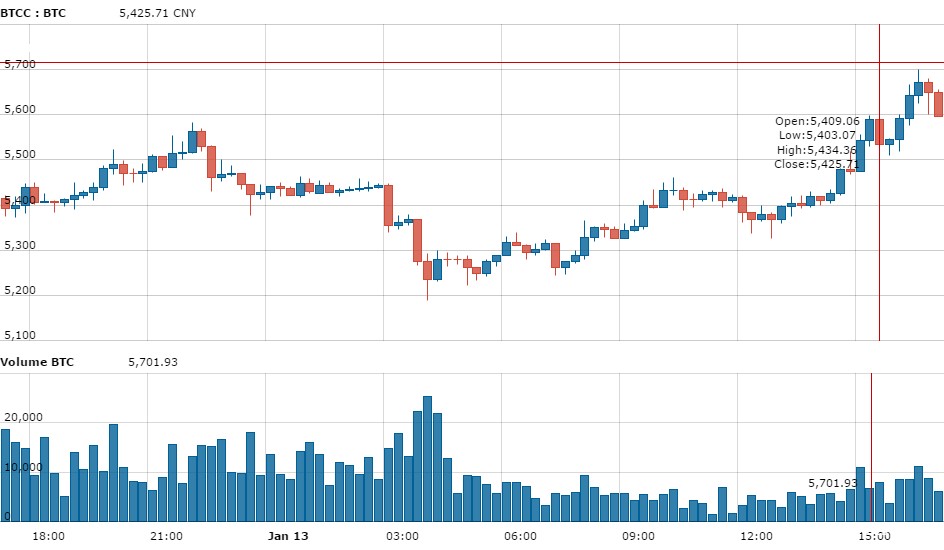 Although the latest developments from the People’s Bank of China have sent the Bitcoin price on a wild rollercoaster ride and caused some confusion among the community, they may build the foundation blocks for a more stable and widely spread Bitcoin that is not so heavily dominated by China.

As a regulatory framework is built around Bitcoin, mainstream adoption also becomes more viable within the country both as a payment system and as an investment asset. A reduction in the possibly artificial volume from the CNY market can also be seen as positive, given that Bitcoin is meant to be an apolitical currency and should not be so affected by one country’s policies.