Within two weeks it has appreciated 25.18 percent with a volume increase of $4.25 Billion. In all Bitcoin has added $541 to its market price.

At the summit of the bubble, Bitcoin price was hovering around the $2000-2100 zone. It was a distressing moment for the global Satoshi Community as many thought we were about to revisit the dark days of 2013 and 2015.

Though there are some schools of thoughts that are convinced it was not a bubble per say. Actually, they attribute it to a long weekend of Bank Holiday in Europe on Friday and Monday in the US.

However, in just less than two weeks the pioneer crypto is leaping back admiringly. Analysts have alluded the newly found strength to a couple of elements.

In February, the Peoples Bank of China (PBoC) suspended Bitcoin and Litecoin trading in China. Trading resumed after a couple of weeks but withdrawals were still on hold. This was supposed to take merely a month but it nearly took four months until withdrawals were allowed on May 31.

Prior to the Chinese Central Bank interference in the cryptocurrency market, China was holding the largest share of digital currency trade in the world. Anyway, the resumption of withdrawals have breath new energy into the market and many experts believe that is what is behind the ongoing Bitcoin market gains. 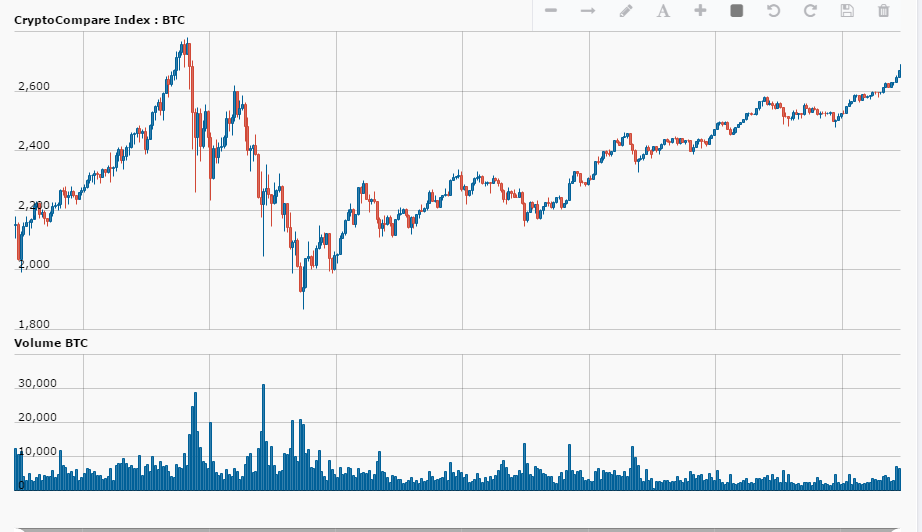 Moreso, there are reports of increasing trading volumes in Asian markets like Japan, Korea and India. The rush for Bitcoin in Japan notably went up following the legalisation of Bitcoin and the acceptance of Bitcoin as a form of payments by the Asian country’s  merchants.

In India, Coinsecure and Zebpay are reported of complaining about being overwhelmed by demand. Particularly, India’s younger generation are getting involved in Bitcoin trading.

At the time of going to press, the price was $2665.44. Core Media is monitoring the situation and will keep our cherished readers updated.