By: Kanoptx
In: Mining, Uncategorized

Bitcoin’s hashrate is surging, increasing 31% in the last 6 days (from 2147763 TH/s to 2830308 TH/s). Alistair Milne, entrepreneur and Bitcoin evangelist noticed this increase in hashing power and tweeted:

Bitcoin’s rising popularity among users and investors is believed to be behind the sudden increase in hashrate. Price spikes are usually accompanied by a growing network of miners. However, the growing interest from companies that are considering or already mining Bitcoin may have fueled the sudden increase in mining, which has become an industrialized practice.Although these are great news for Bitcoin and its adoption which has been growing throughout the world, the effects of this sudden increase can be felt on the network.Mining centralizationThe Bitcoin mining difficulty is what regulates “how hard” it is to mine a block. As so, when more miners join the network, the difficulty increases ensuring that the bitcoin issuance rate remains balanced (12.5 BTC every 10 minutes). However, the difficulty is programmed to re target every 2016 blocks (14 days), according to the amount of hashpower (miners) on the network.As so, the sudden increase in mining power has caused the network to speed up to 8.8 minute blocks, according to BitcoinWisdom. Which may even make some users happy. Confirmation times are smaller, transactions are faster. However, if the hash rate decreases suddenly, the opposite happens. Which brings us to one of the major issues with mining centralization. 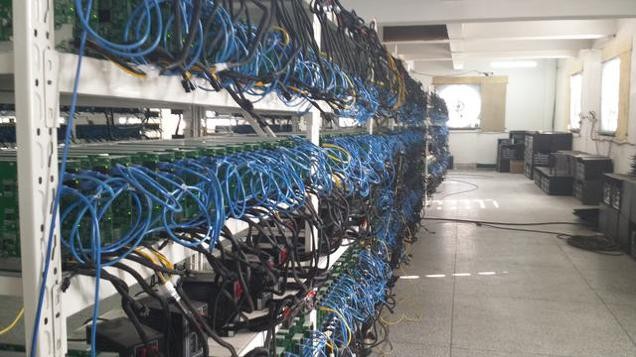 We have all heard about the possibility of a 51% attack, where some nasty miner takes over the network with a zillion antminers and ruins Bitcoin. This is not a major concern, however. Even if someone controls 51% of the network, destroying it would be against his best financial interests.What can and should be considered as a potential threat is a sudden decrease in hashpower due to centralization. Although such an event is highly unlikely, something like China banning Bitcoin mining or worse would cause the hashrate do decrease immensely. This would slow down the block time. Although we probably wouldn’t mind waiting a bit more for transactions to confirm, that wouldn’t be the case.Since the block time would increase, transactions would slow down and faith in Bitcoin would be lost. This could lead to the price dropping, which would lead to more miners leaving the network, and so on. As so, Bitcoin would grind to a halt due to this sudden change.If mining is properly decentralized, however, one country banning bitcoin mining or losing electricity would not affect the network severely. Both the trading volume and hashing power of Bitcoin are concentrated in China. Although this volume can be seen as somewhat artificial due to the 0%  trading fee policy applied, mining is not.Mining Bitcoin?So, what should one do regarding this? Chinese miners have taken upon themselves to become a dominant country in mining, which isn’t bad! The interest that is shown by our friends in the East is quite inspiring and should be an example to the rest of the world. The first step to ensure that mining can be decentralized is to mine Bitcoin.Although Bitcoin mining is often thought of as inaccessible, anyone can buy and host an Antminer S9 or Antminer R4 and start contributing to the network. Of course, no one is expected to do this at a loss, so is mining still profitable for the little guy?Take the S9 Antminer by BitMain. It has an avg. hashrate of 14TH/s and a power consumption of 1375 W. For someone living in the U.S., where electricity is 0.11 cents it can still be viewed as profitable, and in Sweden for example (where electricity is 0.05 cents) it’s even better. Italy, however, would be mining for such a marginal profit due to their high electricity cost, it would take forever to make ROI on the miner itself, which is worth 2100 USD, not to mention the shipping and import costs. Calculate out your mining profits here.What about altcoins? GPU mining is becoming an unprofitable practice, which may also have something to do with the sudden increase in hashpower.As so, we can conclude, that while Bitcoin mining is profitable, there is a lack in efficient products for home mining, especially in the West. These are needed, not only to ensure profitability for all miners, but also to achieve a truly decentralized Bitcoin.