By: Francisco Memoria
In: NEWS

The largest U.S.-based cryptocurrency exchange, Coinbase, claims to have 11.9 million users and, so far, has only supported three cryptocurrencies: Bitcoin, Ethereum, and Litecoin. Its marketplace, the Global Digital Asset Exchange (GDAX) recently released new framework to help new cryptocurrencies make their way onto the platform, in line with the company’s past announcement on adding new cryptocurrencies this year.

In a blog post, GDAX’s head Adam White pointed out that the company’s mission is to “create an open financial system for the world” that it believes will be promoted by adding new assets. He added that there are now over 1,100 cryptocurrencies listed on various exchanges, and that over 100 crypto hedge funds managed to raise over $2 billion, while venture firms have now invested over $800 million in digital asset startups.

Back in May, when Coinbase announced Litecoin support, it clarified that the move was part of its “shift to supporting more types of digital assets.” GDAX’s new framework for digital assets mentions six factors that the exchange will pay attention to when considering adding a cryptocurrency. These are:

Each one of these factors is filled with sub-factors the exchange will consider. After looking at the document, Core Media determined that GDAX is essentially making sure cryptocurrencies on its platform are in line with its goals and will add value to its platform users.

After taking a closer look, it’s clear that GDAX is looking for cryptocurrencies that support certain values, such as economic freedom, equality of opportunity, and decentralization. Technological factors include the team’s composition, whitepaper, security and coding capabilities, and scalability.

As would be expected, GDAX is looking for assets with high trade velocity and circulation, that are available on numerous exchanges around the globe. These need to have high customer demand, high community activity, and a satisfactory number of nodes.

As for crypto economics, the used token standard, the coin’s utility, inflationary factors, and transaction fees and addresses influence the exchange’s decision as well. Assets will need to meet GDAX’s user agreement, and can’t be classified as securities.

While it may be a little soon to speculate on what new cryptocurrencies Coinbase/GDAX will add to their platform, rumors are already circulating the web. A prominent one, that’s been circulating the web for a while, is that Golem (GNT) will be added by the company.

Behind the rumors are a screenshot, allegedly taken from Coinbase’s JavaScript code that references Golem in it. Moreover, on the r/ethtrader subreddit, redditors speculate that an ETH address, which recently moved over $2 million worth of GNT tokens, may be Coinbase gaining liquidity on the token as the address started accumulating Golem following the company’s Litecoin announcement. 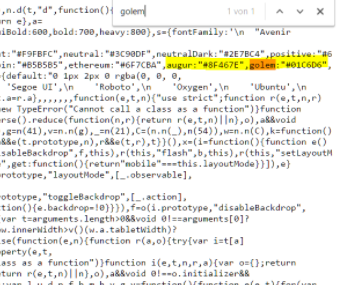 Some, however, point out that Coinbase likes to play it safe and won’t add Golem just yet. Other cryptocurrencies the company may add, according to its digital asset framework, would be, among others, Dash (DASH), Zcash (ZEC), and Monero (XMR).