After rumours of Poloniex facing insolvency spread across the crypto community, the number of migrating exchange users has substantially increased.

The origin of the rumours traces loosely back to a disgruntled customer of Poloniex on July 2, 2017 who boldly accused the exchange of being “definitely insolvent”.  Within days the complaint was joined by dozens of Poloniex users who had similar misfortunes due to an assortment of problems.

The vocal social media posts and forum rants quickly multiplied into hundreds of users griping about mishaps they faced with Poloniex.  The buzz was definitely negative, with claims involving poor customer interactions, lackluster support options and even a few flat out scam accusations.

On August 3, 2017, a similar complaint was posted that said

“Have submitted multiple tickets to resolve a frozen account issue. My account has been frozen for over 1 month without the ability to trade or withdraw funds. Completely unacceptable that they don’t respond to any tickets.”

“How long can it last? I’m AMAZED people are still using them (Poloniex). I was new to the cryptocurrency scene and didn’t realise it had the history it does. So let this be a warning to others: they’re lazy, and don’t reinvest. Therefore probably not secure, either, certainly long-term.”

When searching in any search engine or internet browser for the term “Poloniex” the auto-suggestions immediately pop up as “Poloniex Scam” “Poloniex Rumor” and worse.   The bad word of mouth is impossible to avoid while researching Poloniex, and the results are so numerous, it’s hard to tell if the ship is sinking due to growing community dissatisfaction with Poloniex as a service or if the ship was already sinking before the birth of the angry mob. Either way, it appears as if that vessel is …going down.

According to data pulled from Coinmarketcap.com and the Poloniex.com API, there has been a sharp change of heart for Poloniex users who have been steadily flocking to Bittrex and several other exchanges.

The steep incline from Spring 2017 at Poloniex is paled in the wake of the even sharper decline in total volume of Ethereum And Bitcoin exchanges as shown in the chart below. 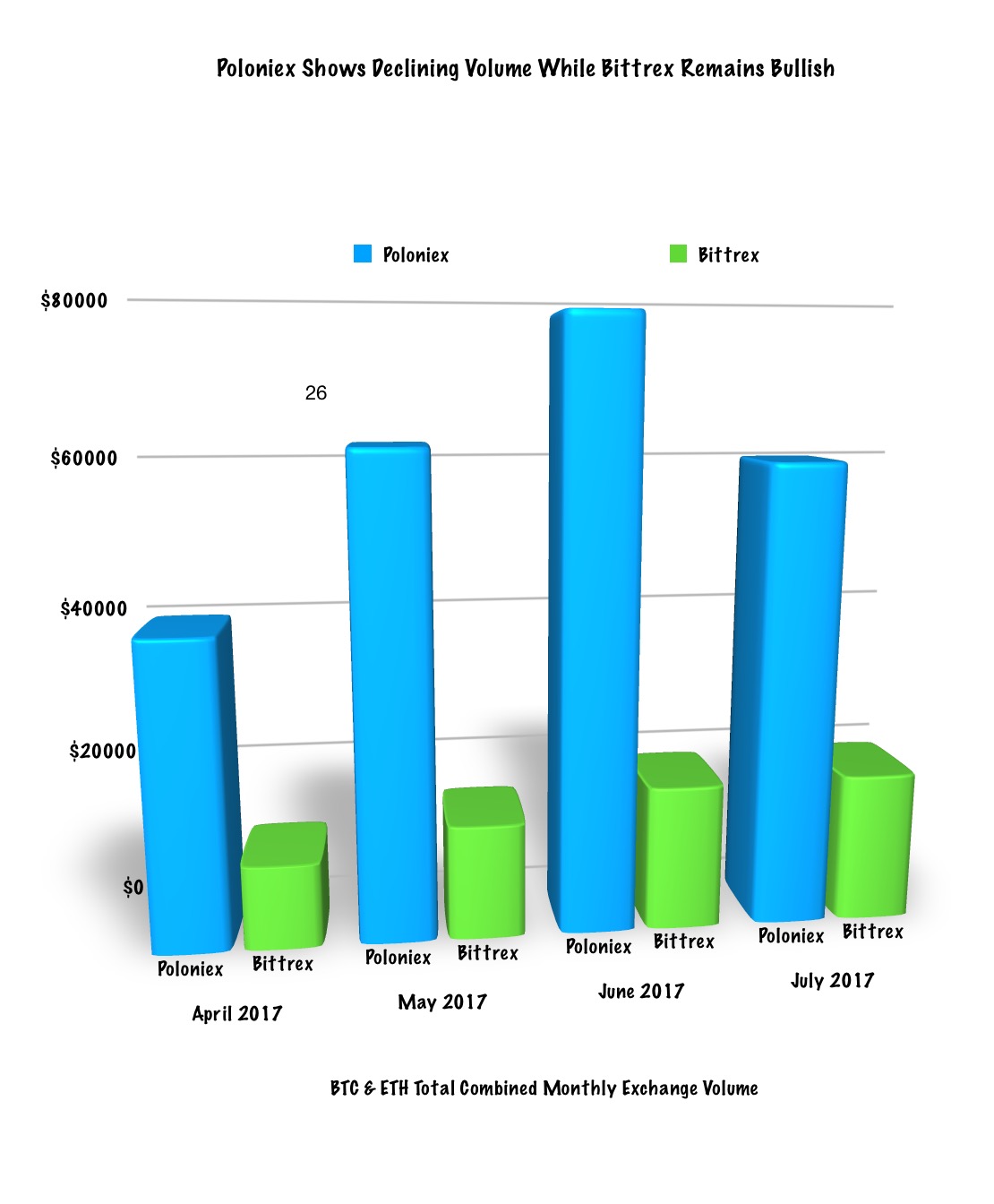 As of August 2017, Poloniex has dipped below its Bittrex, by landslides coming in Still ahead of Kraken and Gdax. 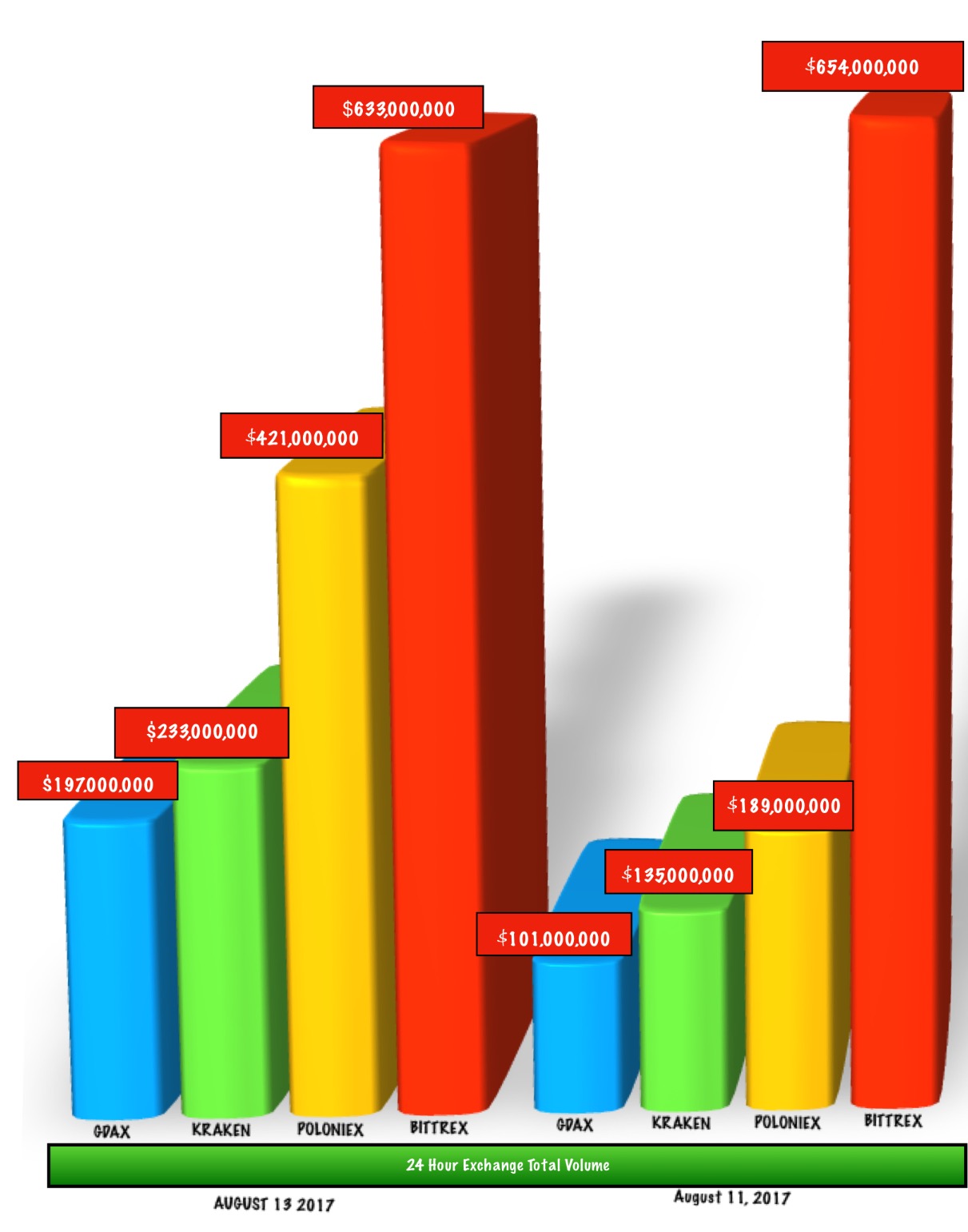 The recent numbers for Poloniex speak loudly on the power of the voice of individuals in the crypto-community.  Speak up if you want to see changes because clearly it works! Don’t forget to praise the services and sites you frequent too; because positive reinforcement means everyone gets to enjoy more of the good stuff.