Epic Battle Between Dash And Stratis Over Number Seven 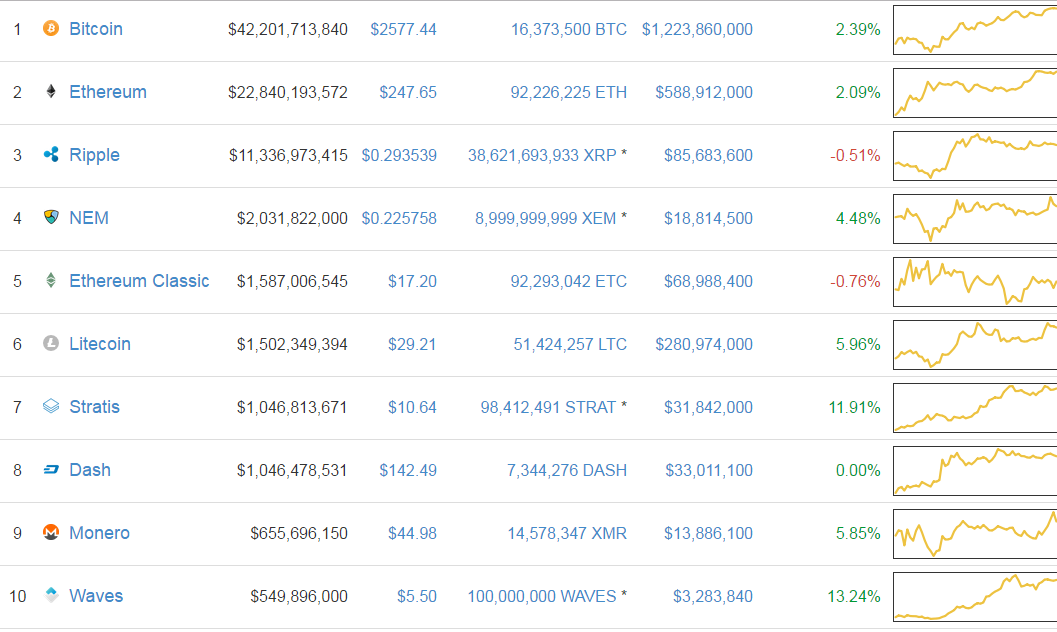 It is getting intense and very fascinating to observe how Dash and Stratis are battling each other to take over the 7th spot on CoinMarketCap. Since the Blockchain Application token made its way to the top 10 two weeks ago, heads have been rolling.

In fact, Stellar Lumen and Bytecoin have to succumb to leaving the top echelons. Monero also lost its eighth position to Stratis and had to make do with the 9th placement.

When everyone thought Stratis was going to slow down a bit and stay at number eight for a while, it started waging a robust war against private-centric Dash to become the 7th most expensive digital currency in the world.

So far it has become a see-saw affair with Stratis dislodging Dash seven times but the latter fighting back chivalrously to take the position back. On Monday alone, Stratis has taken over thrice. At press time Stratis was on top but the difference in market cap was less than $400 million between the two feuding sides.

The first time the UK crypto took over the number seven rank last week Friday, it appreciated by 38% and gained a market cap over $1 Billion. Nevertheless, it couldn’t maintain the tempo and dipped to the $800 Million lanes.

Dash then conquered number seven again and this time around also increasing its market cap to a billion dollar. As the contest deepens all the two entities now have a market share over one billion, becoming billionaires in the process.

Who will Finally Win

It is now an epic battle being fought between an experienced elite crypto and a newcomer in the top class full of hot steam. Stratis appears unstoppable measuring from the ripples it has been making since early April, however, Dash’s resiliency is well established in this industry.

The point is after the recent market whirlwind that caused a lot of declines, Dash’s growth has not been the best.

Will Dash up its game, overtake Stratis and stretch the gap, or Stratis will make Dash one of its victims? One of these will be the likely outcome in the coming days. It is a matter of time since definitely, one will have to be the eventual winner.

The number seven rank is now the hottest seat on top 10 on CoinMarketcap in the past few days, and probably, the days ahead. Bitcoinchaser is keenly observing the development and will keep our numerous readers in the known.

To be human is to be private, as private is to be free

Hero or Traitor In 1987, aged 16, Julian Assange began hacking under the name Mendax (Latin for “liar”.) He and two