The Ethereum Social Contract is not written in stone. It evolves as situations arise and it is subject to the consensus of the community. After an attempt to gain time by blacklisting  transactions made from DAOs 1.0, the Ethereum Foundation and its community have shown the world that solutions can be presented, reviewed, voted on and agreed upon in a time of crisis, by implementing the Hard Fork in a time of crisis.

The Ethereum Social Contract is not written in stone. It evolves as situations arise and it is subject to the consensus of the community. After an attempt to gain time by blacklisting  transactions made from DAOs 1.0, the Ethereum Foundation and its community have shown the world that solutions can be presented, reviewed, voted on and agreed upon in a time of crisis, by implementing the Hard Fork in a time of crisis.

The Hard Fork will, at a basic level, withdraw the Ether stolen from the original DAO and return it to a Refund DAO, which has the sole function of returning Ether on a 1-100 scale to DAO holders. The DAO hard-fork consensus was reached, not by miners, but by coin holders who could easily vote by sending a transaction to a YES or NO Ether Wallet address. The votes were not counted by Ether sent , but by YES or NO addresses. All the Ether sent to the voting addresses was then returned to the voters. 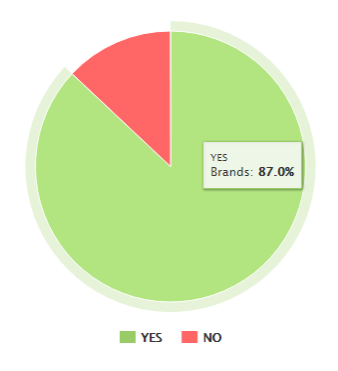 Now, We can put the DAO hack behind us and move forward to what really matters, building and using decentralized application on the Ethereum Network, but what consequences will the Hard Fork and the DAO hack itself cause?

The DAO hack was first spotted about a month ago, and since then the Ethereum Foundation has been working tirelessly on fixing the problem, which shows that the Ethereum Team is “ready for action” in a time of need, but will no doubt have consequences. Since Ethereum is a time-sensitive project, the DAO hack has further delayed its progress, which may not seem like a big deal (Hey, Rome wasn’t built in a day) but it can have some palpable consequences for the project itself and for the community.

Ethereum’s difficulty and global hashrate has been rising at unforeseen proportions, due to Ethereum’s ASIC-resistant algorithm, which has kept Ether Mining in the hands of GPU users making it a fair and decentralized system that attracts average users.

Mass adoption of Ether Mining came as a double-edged sword, since it’s what makes Ethereum Mining decentralized but it also makes it harder for miners to find a block, and since the price isn’t really keeping up with the difficulty and hashrate, miners may soon lose the incentive to mine altogether, which would cause miners to leave the consensus. In most cryptocurrencies this wouldn’t be a problem, since difficulty would reduce with the global hashrate, but in Ethereum the difficulty is hard-coded to keep rising even if the hashrate decreases.

Proof of Stake would solve this issue. Since users would no longer need to provide computational power the cost of mining Ethereum would be close to nothing (Assuming you have Ether that you can use to stake), but there’s a catch: Casper, the proof of stake protocol that will be implemented in Ethereum, is not ready, and with Team Members working round the clock for a whole month trying to fix the DAO issue the problem has obviously been aggravated.  Many suggest that a hard fork to remove the hard-coded difficulty rise for Ether Mining, known as “Ice-Age”, may take place in the future. Of course, this Is a direct consequence of the Hack and, not the Hard Fork itself.

Something that can be seen as a direct consequence of both the Hack itself and the solution presented (hard fork), is the release of a big piece of the Ethereum cake back to the market, which may cause the price to react in a very negative way, as selling pressure rises. The Ethereum price was hoveirng around 8usd before The DAO, and it’s possible we may see this kind of price once more. The general feeling regarding the hard fork seems to be positive however when one looks at the charts a few hours before the fork took place. 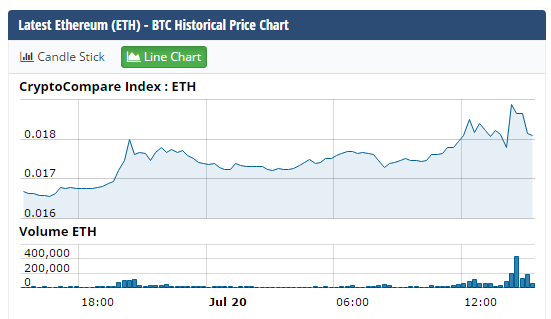 The general feeling, regarding Ethereum and the Hard Fork is positive, however. Ethereum was able to steer away from disaster and to do so, while taking the input of the community into consideration. What we’re left with is an Ethereum that is more organized, but also more careful regarding the development, testing, auditing and deployment of complex smart contacts.