From NXT to Ardor

NXT has recently announced the new NXT 2.0 Platform, Ardor which is set to be released during the third quarter of 2017. Nxt has been on the rise ever since, breaking the 0.03 USD mark within a month of the Ardor announcement. Ardor will be a blockchain as a service platform offering Childchain solutions for asset creation and exchange. Today we’ll take a look at the latest Ardor announcements and developments and try to figure out what they mean for NXT and its users. 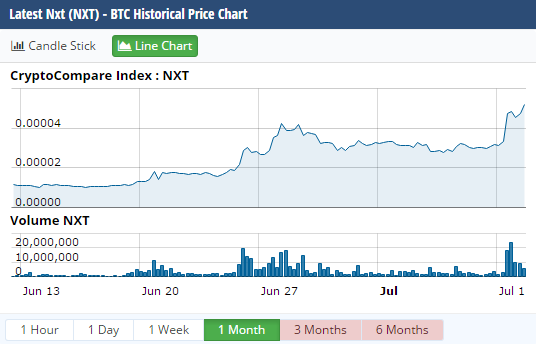 Ardor will bring along new features for NXT along with the usual guests. Blockchain as a service means users and companies will be able to create their own individual blockchains or Childchainson the Ardor platform, allowing the issuer to have full control over the specifications of the blockchain on which an asset is issued, and the end-user to access an asset without the need to maintain the whole NXT blockchain. These childchains will still need to be maintained through a Proof of Stake process similar to the current NXT system.

Side chains often pose a limitation on chain-to-chain communication, making them closed off from interacting between themselves. In Ardor, childchains will communicate between themselves and between the main NXT platform, making cross-chain asset-to-asset exchange possible, which is one of the features NXT users have been waiting for.

Ardor will also deal with the old scalability problem by separating information into 2 categories and moving transactions and data that does not affect security to separate childchains and keeping the relevant information on the main Ardor Blockchain.

Ardor tokens will be available for all users on the NXT network, since they’ll be distributed to the NXT users according to their balance on a 1-1 scale. NXT announced a snapshot campaign, in which hourly snapshots of the NXT wallets will be taken starting on the 14th of July until the ~12th of October. User’s balances will then be averaged and Ardor will be distributed accordingly.

NXT has also announced that major cryptocurrency exchanges Poloniex, BTC38, and Bittrex have agreed to participate in the snapshotting process and to distribute Ardor tokens to their clients. Users are free to continue to day-trade NXT due to the average system in the Ardor snapshotting process, as well as to trade Ardor tokens once they are released in October even though the platform will only be launched in 2017.

Assets on the NXT Platform may be in danger, however as focus turns to the Ardor platform, making its release an adaption period for asset issuers and holders operating on the current NXT platform. For now, NXT holders will continue to benefit from the buy pressure created by the Ardor token distribution process. Details regarding Ardors features and functionalities will continue to be revealed until the release of the tokens and platform itself, according to the NXT team.