By: Kanoptx
In: Mining, NEWS

According to the “Global Cryptocurrency Benchmarking Study”, a research paper recently published by the Cambridge Centre for Alternative Finance (CCAF), electricity consumption for Bitcoin mining facilities can be estimated at around 462MW which is a conservative value. This figure makes Bitcoin the most secure peer-to-peer network in the world but it also represents an unsustainable waste of resources. 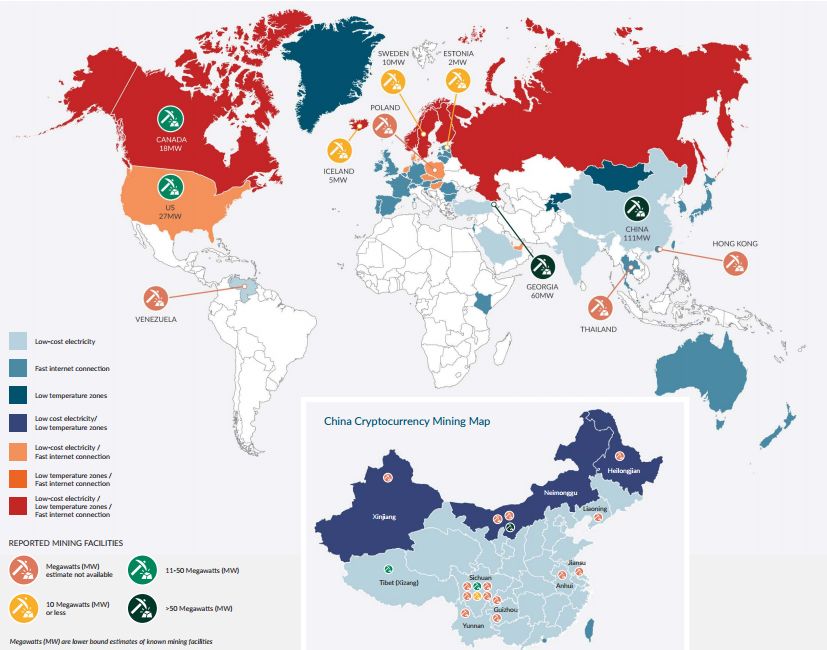 Certain projects, however, are trying to recycle some of the electricity wasted in cryptocurrency mining by using it for other purposes than just securing a blockchain. One of these projects is called Gridcoin, the first cryptocurrency that successfully diverts wasted energy towards useful scientific research.

Girdcoin employs a novel mining algorithm, known as distributed Proof-of-Research (dPoR), a mechanism that combines Proof of Stake and the Proof of Work done towards BOINC (Berkeley Open Infrastructure for Network Computing), an open source computing grid that supports all kinds of hardware and adapts as technology changes. The BOINC grid has been running since 2002 and combines the computational power provided by all the participating hardware for scientific research purposes such as finding cures to diseases, mapping genomes, climate studies, and much more.

When a user wants to mine Gridcoin, he must download the BOINC project software and join team Gridcoin. As miners perform computational work on the projects, the BOINC distributed servers calculate a Recent Average Credit (RAC), or Total Credit Average over 30 days based on the amount of work done. Gridcoin uses this RAC figure as an indicator of the magnitude of work performed by node-project and rewards the miner (or researcher) accordingly.

Miners can choose to mine solo or on a Girdcoin pool. Since Gridcoin is also based on Proof of Stake along with the rewards from BOINC contributions, solo miners must have an initial balance to mine Gridcoin.

Leveraging BOINC, Gridcoin creates a consensus model that is secure for the blockchain but does not waste energy in a meaningless manner. But this isn’t the only advantage provided by Girdcoin when compared to other PoW cryptocurrencies. Since BOINC is not limited to one specific algorithm or hardware, mining is accessible to anyone, no matter the equipment they own. Since there are multiple projects available, each with its own hardware needs (some need CPUs, some need GPUs,  some need ASICs, and some even need sensors), small miners don’t have compete with ASICs for block rewards on the same network but can still earn the same currency.

What we’re left with is a network that has the ability to be secure, decentralized and sustainable, while also contributing towards important scientific research.

Gridcoin is not the only project that has tried to tackle the waste issue found in Proof of Work mining. FoldingCoin, for example, uses PoW contributions towards the research of protein folding. The Komodo Platform uses the delayed Proof of Work (dPoW) consensus model to recycle Bitcoin’s energy in order to secure its own blockchain. Some cryptocurrencies like Ripple and Curecoin have even tried to create an incentive mechanism for the BOINC project. These, however, were centralized and did not allow the miner to choose his own project.

Gridcoin is fully decentralized and requires no trust in order to correctly allocate the incentives. Furthermore, since miners can work on whichever project they choose, failure from a single BOINC project would not cause Gridcoin to stop operating.

To learn more about Gridcoin, visit the official website and read the whitepaper.