By: house
In: Meet Ups

Moya Networks, the Pan-African company that is set to roll out high-speed internet connection across the African Continent, organized a Meet-Up in Lagos on Friday to introduce investors and community members to the upcoming crowdsale (Token Exchange Campaign). Facilitated by Core Media, the event was attended by more than 200 people.

Participants were taken through the MOYA Network ICO Whitepaper by Bami Jinadu, a well-known ICO expert in Nigeria. He highlighted how most ICOs are start-ups but unlike MOYA Network which is an already established business and merely introducing the Blockchain dimension.

“We are all aware how Africa is struggling with a crappy internet connection, however, the MOYA business model is the solution to this headache,” Bami told the investors, lauding the idea of a continental submarine Cable internet service. 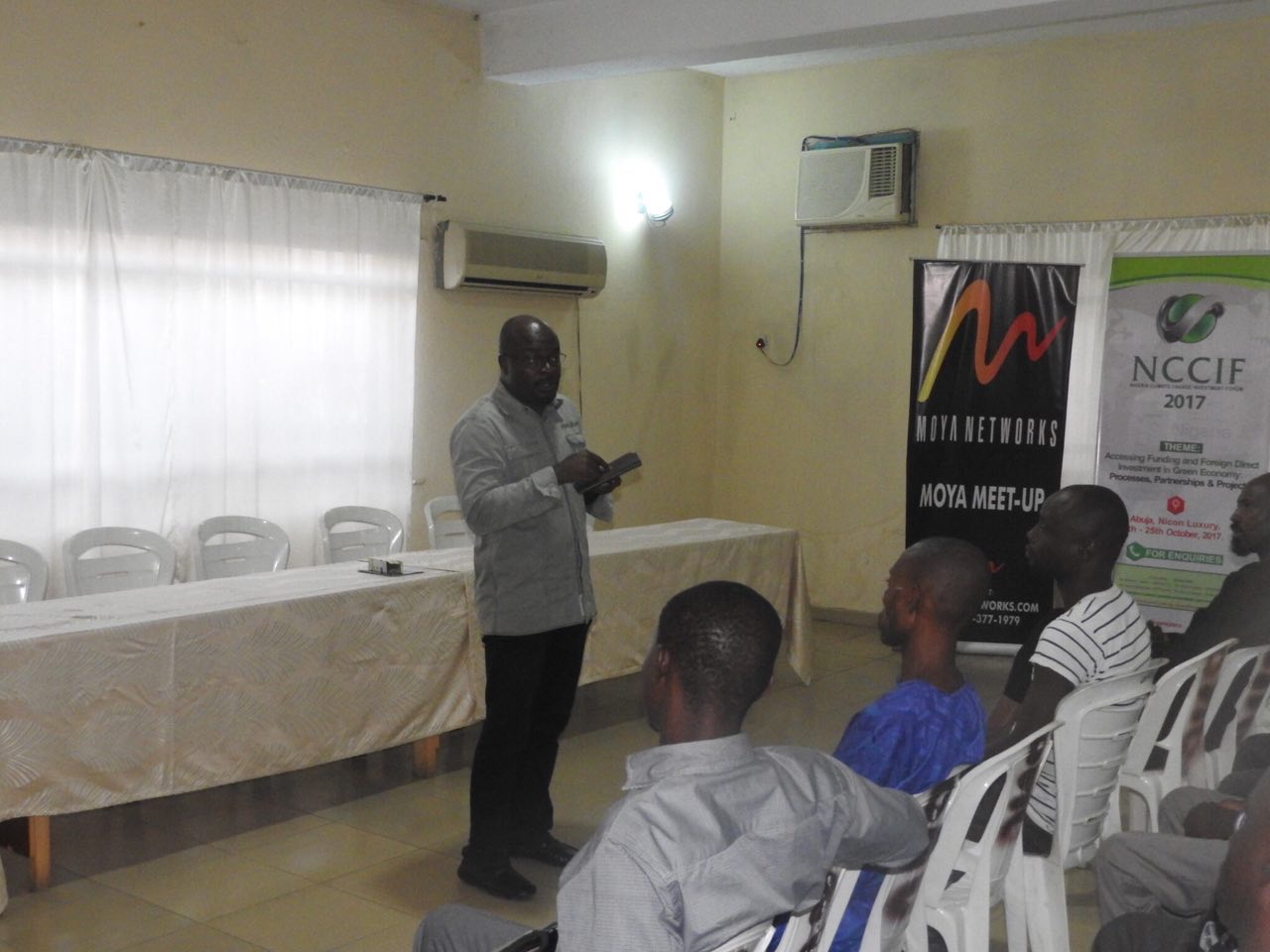 Jinadu explained what to look for in an ICO before investing in it. He mentioned features like the team behind the project, Escrow, refund policy among others as some of the things investors should look out for.

It is worth mentioning how so many Nigerians have fallen victim to scam coins and fake ICOs. The situation has given crowd sales a bad name in the Africa’s most populous nation with many people reluctant to invest in ICOs.

Bami, however, urged participants to do the necessary due diligence when investing in any ICO, despite highlighting that “there are a lot of potentials in the MOYA Network business idea.”

When Afrikanus Kofi Akosah of Core Media took his turn, he explained that MOYA Networks is a Submarine Cable company that will be selling affordable capacity to ISPs, business, and government. Currently, internet service is very expensive in Africa which is also the reason why the speeds are slow and limited.

“MOYA Networks will provide high-speed internet capacity at lower prices to African countries,” Afrikanus noted. “MOYA Networks is the only company which has acquired a license from the Africa Coast to Europe Submarine to supply internet service across Africa.”

He also announced how MOYA Networks is eager to let Africans hold MKT Tokens and are therefore offering 40 percent discount to those who attend the Meet-Up and purchase tokens.

Carrey Phillips, CEO of MOYA Networks answered investors questions via Skype. Responding to how MOYA Network will compete at lower prices with established companies like MainOne, MTN and Glo all of which have their own submarine cables landing in Lagos, Carrey stated:

“We’ll use new technologies like IP based to deliver low-priced capacity. There is plenty of space for innovative capacity providers and the requirements are exploding with existing applications and new ones under development.”