The Komodo team announced the Windows GUI for its decentralized, private and secure cryptocurrency exchange, BarterDEX. The first of its kind, BarterDEX offer a fully-decentralized structure in which no escrows or proxy tokens are used. Instead, all trades are done through atomic swaps. The ordermatching process is both decentralized and automatic. You can access the wiki page here. 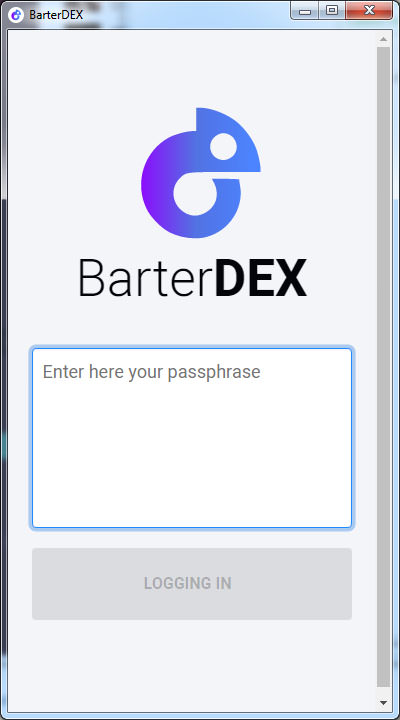 The new Windows release needs testers to find all bugs and to participate in the creation of a highly functional and peer-reviewed product.

A respected programmer and the co-creator of the innovative Komodo Platform, known widely by his nickname JL777, announced the product update after making several successful atomic swaps.  He announced it in a nonchalant post in the SuperNET slack channel, in between mundane responses to various user troubleshooting inquiries and social announcements.

Since the announcement, many have volunteered to help test the new Windows / BarterDEX GUI and some have found issues when making orders, and the ever resourceful JL777 was seen addressing the issue via slack this way:

“In order to deal with the user troubles to make orders, I will be making single purpose tradebots.

One is for limit buy, the other for limit sell, duration until it completes or it stopped.

Necessarily more txfees will be incurred, which is not a big deal for anything but BTC, but the user should confirm they understand this. In order to parallel the development, I am posting the api ahead of time.”

You can join this effort and this communication by joining the SuperNET slack, and then joining it’s tradebots channel, to catch up with all of the latest development and to get the experts to troubleshoot as needed.