This last week was an eventful one for the SuperNET team. Much is happening in the world of the Komodo Platform, not to mention the entire cryptocurrency scene. Komodo has recently announced some important dates regarding the distribution, swap process, and node election. Development is also going as expected.

This last week was an eventful one for the SuperNET team. Much is happening in the world of the Komodo Platform, not to mention the entire cryptocurrency scene. Komodo has recently announced some important dates regarding the distribution, swap process, and node election. Development is also going as expected.

As previously announced, the BitcoinDark (BTCD) swap has started on the 8th of January. All BTCD holders can and are advised to participate in the distribution campaign. The swap will last 365 days, which means the last date to swap is January 8, 2018.The BTCD can also be sent from an exchange. The BTCD snapshot happened on block number 1486000, on the 15th of January. This snapshot assures that BTCD holders receive their revenue share as promised. If you swapped before the BTCD snapshot date, you will also receive the REVS asset automatically.

The election for the Komodo notary nodes began on the 15th of January as well. Users can now vote on their preferred candidate through the Komodo election website. The elections will last until the 29th of January. The most recent newsletter contains a lot of useful election-related links, including a step by step guide about how to vote.

Currently, 28 candidates are campaigning and trying to get their nodes elected for the open notary node positions. All of them have been active on SuperNET Slack and the bitcointalk Komodo thread. Some have even made great contributions to get visibility. For example check out the 4 meters long FAQ the team rnr and kolo did, the youtube interviews from Juan S. Galt, or the great komodometrics website artik123 did. More projects are coming from the candidates, as PTYtrader is planning to put together a local “Komodo 4 Kids” project.

Development is also going as predicted. In the last update, we talked about the GUI wallet updates for Komodo. The team is working hard to provide a fully functional multi-wallet (Iguana) and a decentralized exchange (EasyDEX) for the community. The decentralized exchange won’t be available in the first release, but it`s in the pipeline nonetheless.

The Iguana desktop app is the easy installer built with Electron. It still has few bugs and no anonymous features, so it has not been published publicly. Read the latest Iguana development update.

From the desktop app you can launch both the multiwallet and EasyDEX. Inside EasyDEX you can access full native Komodo wallet where you can do private transactions too. Read the latest Iguana development update. There was also a very informative Slack discussion that was published on the Komodo thread.

The plan is to integrate these two GUI projects together, but for now, they are somewhat separate things. 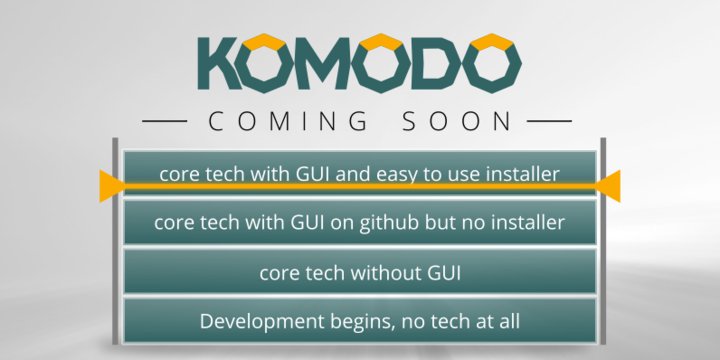 Questions asked and answered during the week

Why do you think SuperNET price went so low? 62nd place by market cap surrounded by no name projects. It doesn’t seem right to me at all.

A lot of the recent developments are a bit unclear even to the SuperNET investors. SuperNET is the organization developing Iguana and Komodo. The SuperNET asset should be viewed as a share of the SuperNET organization. We have capital and investments; we have for-profit projects and a large platform & framework (known as Iguana and Komodo). SuperNET asset holders will be receiving dividends when we make a profit from the revenue, just like in any other business.

We are working on a new supernet.org website that will become the hub of everything we are doing. The new site will explain what we do, and what our projects are.

From that interview came up to my mind how many from Komodo team has enough votes to keep them self running as notary nodes like forever? I think this needs some transparency.

The Komodo team or SuperNET doesn’t have any nodes running in the election. There are however 3 test notary nodes that will be ratified and part of the final 64 nodes. Two of these nodes are run by jl777 and one by Kolo. There will be free spots for us to do this as SH & AR regions have less than 16 nodes.

There are some who are part of Komodo team and running in the election, though. How much BTCD they have or how much BTC they invested during the ICO is their private business, and there’s no way to know how much voting power they have. They have acquired their voting power with the same means as everyone else (by investing).

There are some payments due to our team members (i.e. salary & bounties), and some of those will be paid in KMD after it is distributed. In other words, none of the 10% supply reserved will be used in voting.

Why Vote on the Komodo Election?

Detailed info about the elections and its rules

Election graphics made by the team rnr & kolo

Candidates on a map

Development History: From a Testnet to Mainnet

Stuff is happening on our Slack

Overview of the candidates, their node locations, and subsidy

To stay updated on the latest developments from the Komodo Platform signup for the newsletter. You can also join the Slack to engage the SuperNET community.