Although the Komodo Platform has been launched, there are still some features and aspects of the platform that are yet to be developed.

Although the Komodo Platform has been launched, there are still some features and aspects of the platform that are yet to be developed. However, the team continues to make steady progress bringing the first ever cryptocurrency to employ DPoW, assetchains, and much more, to completion. This week on the SuperNet Tuesday update, we’re going to talk about the Komodo market, Liquidity Provider nodes and Iguana wallet updates.

Daily trading volume on the Komodo market continues steadily above $50,000, an impressive feat for a newly launched cryptocurrency. Although the price has managed to stay above the 0.0001 mark for the majority of the past week, the KMD coin is currently sitting at 0.000095 after an 11% drop in the BTC market. Could this be the bottom? Time will tell. 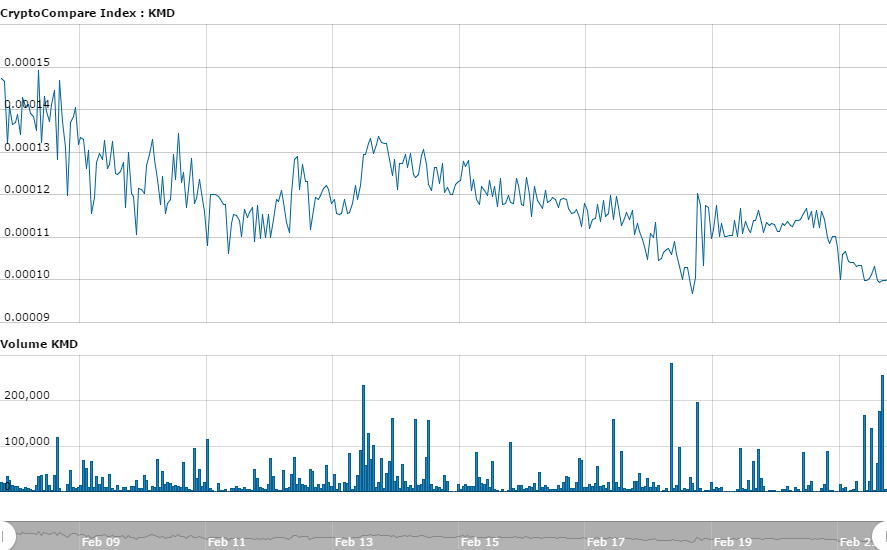 In order to build the first fully decentralized and anonymous cryptocurrency exchange that doesn’t rely on proxy tokens, EasyDEX, the Komodo Platform must rely on market makers, also known as liquidity providers. These assure that an exchange can take place without the user having to wait long periods of time for orders to be taken, which is usually the case with less-known coins or assets.

In Iguana, the liquidity will be provided in a decentralized manner, meaning that anyone can become a Liquidity Provider (LP) node at his own risk. The LP nodes ensure that the decentralized exchange provides market liquidity for cryptocurrency daily trading. It works as this:

The LP node will have funds on both sides: locally and on a centralized exchange like Bittrex. When someone buys coins through Iguana’s decentralized exchange, the funds are sent from the local wallet through an atomic swap, and then the trade is balanced (and profit is potentially made) by making an opposite trade through the centralized exchange. This way, the person that exchanged the coin on Iguana can have an easy and quick exchange, while the LP node stands to make a profit.

“Since the market maker will be part of the iguana desktop app, we will decentralize the market making, and anybody can make a market with their parameters via a GUI.”

Running an active market maker will have the usual risks, so it is not for everyone. Before you decide to become an LP node, read the various information that is made available by the SuperNET team:

In the previous update, we announced the release of the new Iguana version. However, due to a new feature that is to be implemented, the new version will take a bit longer. Jl777 explained:

“The delay is my fault. I added a new feature to the iguana core that will allow basilisk transactions to be done a lot faster. For this to work properly, it needs to propagate to the notary nodes and that is in the process now. It also required new logic in the GUI”

“The new DEX explorer will allow things to work better, but that is not fully utilized yet as we need all notaries to update to it”

The implementation of the new feature will bring new advantages and make the overall experience far more pleasant. According to tech expert and GUI lead developer, Satinder Grewal, the version that is soon to be released is working much better than it did the week before. Some of the problems that were identified are being solved.

Thus far Satinder has been doing many things manually with just vanilla JS code and jQuery. He says it works, but as the code grows it makes a devs life very difficult. Satinder notes that EasyDEX-GUI code will be needing more efficient and modern tech approach for the EasyDEX and InstantDEX GUI. He wants the GUI code solid, so he decided to go with react.js.

There are two other developers working closely with Satinder: @pbca26 and @ca333. They will be helping in porting the backend code of EasyDEX-GUI into the react.js. Certainly, there’ll be other devs also in this process.

To stay updated on the latest developments from the Komodo Platform signup for the newsletter. You can also join the Slack to engage the SuperNET community.