“Iguanacore enables all the rest. Now I am integrating Instantdex to use the Iguana BTCD nodes for the orderbook. Then will hook up the atomic cross chain to use the iguanacore’s arbitrary transaction engine for the custom scripts that are required. But I am also fixing whatever bugs are reported in iguanacore during this at a higher priority, so hard to say how long the Instantdex integration will take. In order to minimize the complexity of GUI needed, I think I will also activate tradebots. Privacy will be added in toward the end, but I have already made a glue layer to the libsecp256k1-zkp, as in zero knowledge lib, which is integrated into iguanacore now. I decided to extend the bitcoin messaging protocol with enhanced commands and the script language with enhanced opcodes whenever possible. That at least will make it easier for others to understand how it all works.” – JL777

“Given a machine with enough resources, iguanacore is looking pretty good, most all the bugs have been just with the glue layer to the iguanacore.” – JL777

“Yes, just got an orderbook entry to propagate from A -> B -> C. The order matching statemachine had a few issues to solve. The tx creation is already coded to use the iguanacore. The Instantdex codebase seems to already be pretty complete, but getting the networking fast and stable will be tricky as usual. Also would need to expand the supported coins at some point, but I plan to do that while the BTCD <-> BTC atomic swaps are being tested. LTC will be one of the first non-SHA256 coins I will support. But regardless of which coin, the BTCD network will be used for the orderbook and other comms” – JL777

“Pushed a version that looks like it is propagating Instantdex orderbook entries using similar method as the normal bitcoin protocol. Also, spent a few hours to get a basic GUI that charts the realtime prices from the network. To see the GUI you need to build the chrome app and go to the Instantdex tab on port 7777 and click the start button. I just used amcharts in a basic configuration, so it isnt anything fancy, but it is much easier to see the bids and asks that are coming in. 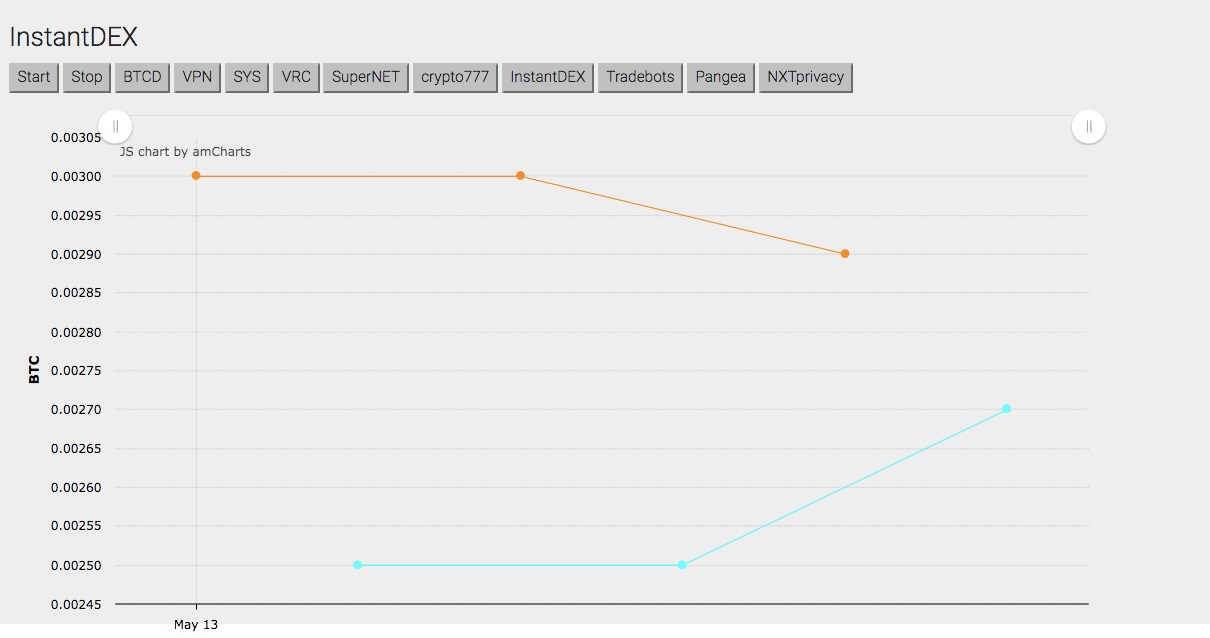 “Each buy or sell offer defaults to lasting 5 minutes now, the idea is to get the best price possible in the market. Later I will add longer term orders. I verified that you can submit an order, restart Iguana and it will get that order from the network. Other than the start/stop buttons, it has a button for each supported coin (asset), though for now it is just BTCD until I add support for more coins and assets. The GUI isn’t very fancy, but for a debugging tool it seems to work pretty well. Now I can see the bids and asks, the next step is to get the ordermatching debugged. It is detecting that an order should be matched, but the statemachine still needs to be debugged, once that is then also need to debug the atomic cross chain protocol. At that point I will probably need to add support for more coins and assets so the tradebots have more than just BTCD to trade” – JL777

What assets should I invest in to best stake into Iguana?

“SuperNET, crypto777, BTCD, InstantDEX, Pangea should be the initial beneficiaries of Iguana, since BTCD is the only non-asset, it might get a disproportionate share” – JL777

“Pangea is waiting on Instantdex API to use the iguanacore.” – JL777

Announcement​: SuperNET Lite multiwallet 3.1 to be released in June – withdraw your superOPAL!

“Changes are coming for the next SuperNET Lite multiwallet 3.1 to be released in June. Syscoin will join the supported coins, while Opalcoin phases out due to no development or support activity. So, besides other news about usability that will be posted in the upcoming weeks, SuperNET Lite 3.1 will support BTC, BTCD, DASH, DOGE, INFX, LTC, NXT, SYS and VRC. Important note for anyone holding superOPAL: Please withdraw your OPAL to an external address before the end of May. The gateway for OPAL will be closed in June.” – Vanbreuk 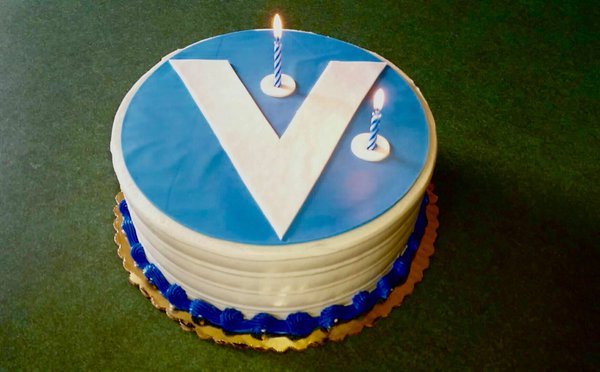