Thanks to tosch and vanbreuk, the SuperNET Lite 3.0 client has been released. The main feature of the SuperNET Lite client remains the MGW system, which is a decentralized wallet and gateway to the NXT asset exchange. This version of the SuperNET client adds DASH and INFX. CORE Media has also been added to the Projects section.

Tobias Schwarz (tosch) was kind enough to appear on the Daily Decrypt to discuss all things SuperNET.

MrCluster87 also recorded a walk through of the SuperNET Lite 3.0 client.

“To test the Iguana mobile app (Android only) in Ionic Viewer, follow the steps below:

NOTE: Only UI screens working so far, in which more screens need to add.” – avidayal91

“SN is a system of rivers, with empty riverbeds so far….Iguana is the necessary part for rain to start….holding UNITY is equal to holding the right to suck some water at the river end forever.” – mirrax

“VPN had issues, and recently (after the VPN price rise) James talked with the dev and found out that the vpncoind daemon had some specific modifications that we were not aware of, and required custom changes in MGW server code for it to work. So maybe we’ll be able to add it when these changes are applied.

About SYS, we tested it months ago but the coin daemon returned an error with multisig transactions. Few days ago the Syscoin dev suggested me to test again with the Syscoin v2 release, so we’ll test it again soon and, if this time operations work, SYS could be enabled soon.” – vanbreuk

“Technically, I got Iguana to recreate the entire blockchain from the parallel sync files exactly. Which means all the data is properly being syncd 10x faster than normal, but able to regenerate the full blockchain. What that means is that the next step is to do transactions using this data. I have BTCD doing parallel sync from a Chrome app which makes it the only coin that I know of that can do that. So what is left for working wallet is the tx handling, and once that is there, all the services are able to use the iguanacore. I do need to still enable and debug the full relay mode, and the lite mode for BTC.

Still more work to do, but the most difficult part to get correct appears to be working. Getting the crypto algos working is actually simpler than parallel sync. I think it is time to start preparing the marketing materials.” – jl777

Grewalsatinder asks “For the native version have we tested already if the existing GUI just works if a native iguana is running?”

“Though I am sure there are still some things to fix for the realtime bundle, but now I map that codepath to the same one. GUI is just making bitcoin rpc calls to the RPC port and port 7778 for API calls not in the bitcoin RPC. Maybe a few port conflict issues, but by design the iguanacore is a drop-in replacement for the bitcoind’s, i.e., one iguanacore for multiple bitcoind’s. Iguana can run from anywhere, but it does assume the files are located relative to where it is launched from. Using a zip file, it would be to unzip it and to launch it, but I think non-technical people won’t launch it from the right place. If they are technical, they can do the few command lines to build it.” – jl777

“Took a bit of work, but got iguana to validate the bundles on-the-fly so that the ‘lossless codec’ that was theoretical is now verifiable. I am brute force going from the compact bundle formats to the raw serialized data. During this process all the txids within a block are created and the txid verified. Then all the txids for the block have their merkleroot calculated and this is verified against the block. What this means is that given a sequence of blockhashes that are verified, all the other data is cross checked against it. I am also doing a PoW validation of the blockhashes and of course the backward link matching, so what we get is a fully verified blockchain. All from the parallel synced bundle files! More and more of the RPC is now getting filled out and now that the data appears to be correct, once the bugs with using that data are fixed, then iguana will be working as a drop-in replacement for bitcoind (other than mining).” – jl777

“No. Currently, as I find time, I’m working with Iguana chains testing besides MGW. And I’ve been following development in that sense, and I might work in testing once it reaches that stage, but not yet.” – vanbreuk 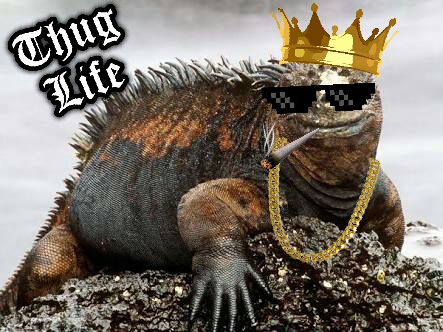