The recreational use of cannabis, although legal in several states in the U.S (including California, Washington, Oregon, Colorado, Alaska, Maine, Massachusetts, and Nevada), is still not legal on a federal level. This causes multiple issues in the cannabis industry, where banks are still being cautious about dealing with the Schedule I prohibited substance due to federal oversight which means that cannabis dispensaries are typically cash-only and all product sales are processed in physical fiat currency.

Since all product sales are processed in physical cash due to the aforementioned federal regulatory environment, many companies are forced to store large sums of fiat and to retain the cash receipts in onsite vaults. These risks are unfair for both companies and customers who are inconvenienced by this cash-only policy.

Fortunately, the Tokes project is leveraging blockchain technology to build a solution that will not only lift the burdens of dealing with physical cash from companies and customers, but that will also advance the overall cannabis industry landscape and further cultural acceptance of marijuana (medicinal or otherwise) legalization.

There are two main components in the Tokes project: The Cannabis Revolution ™, a cannabis business and social movement that seeks to improve the industry on many fronts, and the Tokes Platform, a crypto-asset built on the Waves Platform to provide businesses with disruptive alternatives to the current “cash only” scenario.

The Cannabis Revolution ™ is focused on supporting the marijuana legalization movement and on creating a sustainable business model while doing so. The facility will start operations in Las Vegas.  In order to operate as a fully legal and compliant medical marijuana establishment (MME), the Cannabis Revolution ™ began the process of registration and license procurement in the Nevada state after its crowdfunding campaign which took place in December.

Once the facility has dealt with all the required bureaucracy, the Cannabis Revolution ™ will start working on cultivation, production, and dispensary operations to produce several revenue streams, including production of cannabis strains in high demand, creation of new strains through selective breeding, distribution of cannabis to wholesale partners, production of edible concentrates, and more.

The other component of the Tokes project, the Tokes Platform, is based on a crypto asset issued on the Waves blockchain. This asset is to be used as a currency as a means to provide both both dispensaries and customers with an alternative to fiat currency. However, that is just the start.

The Tokes asset (TKS) will come complete with its own mobile wallet, which will have several special features such as a dispensary locator (for stores that accept tokes), an incentivized review system for both the dispensaries and the products and a knowledge database with info about products, processing methods, concentrations and more. 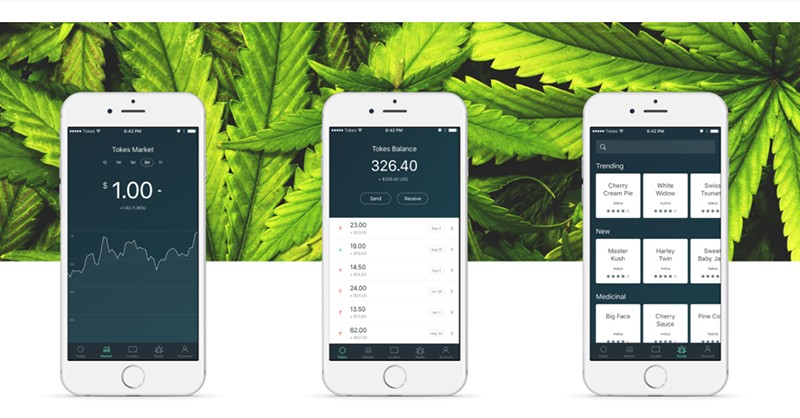 Furthermore, the TKS asset itself will also allow for the two-way conversion of cash into TKS and back, protecting merchants from volatility and for anonymous transfers, which in turn protect the client’s privacy.

Finally, the TKS asset will also run on a buy-back program in which a portion of quarterly profits will be used to repurchase the asset from exchanges as a means to drive the value of the TKS asset.

The Tokes Platform ICO was held in December/January. After a successful ICO, the team is now developing the mobile app and establishing new dispensary partners. To learn more about the Tokes project, visit the official website and read the whitepaper. TKS is the first Waves token available on Bittrex exchange.