Following the official statement issued by the People’s Bank of China, in which the central bank announced that it had met with nine domestic Bitcoin exchanges, Huobi and OKcoin are now suspending Bitcoin and Litecoin withdrawals while they update their KYC & AML procedures.

During the meeting that took place between the PBoC and the nine Bitcoin exchanges in China, these were notified of existing issues and possible related legal, regulatory and technical risks. Although no further statements have been issued by the People’s Bank of China, it became evident that new KYC/AML requirements have been put in place by the PBoC, given that all exchanges in the country have issued the same warning regarding the KYC/AML update.

Huobi and OKcoin, however, were the only ones to freeze withdrawals stating that these would be paused while the exchanges upgrade their AML system according to laws & regulations. This halt on withdrawals is expected to last for a month. Users can still exchange their holdings for CNY and withdraw them normally, as many will most likely do.

The effects of the news were immediately felt on the price charts as Bitcoin plunged from $1060 to as low as $936 in less than 2 hours. The price is now starting to recover and is currently sitting at $980. 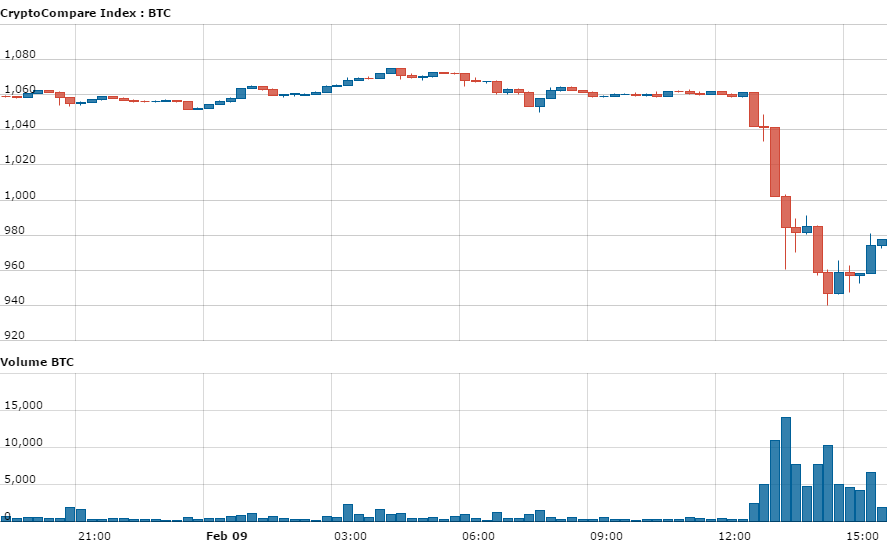 Although the news caused the price to react sharply, the halt on margin trading and zero-fees instituted during January has caused the CNY to lose its weight in the global market which explains the quick recovery of Bitcoin which is now heading towards $1000 once more. Furthermore, the PBoC’s actions seem to affect Bitcoin less and less as they are issued. As Bobby Lee, CEO of the Chinese exchange BTCC noted: 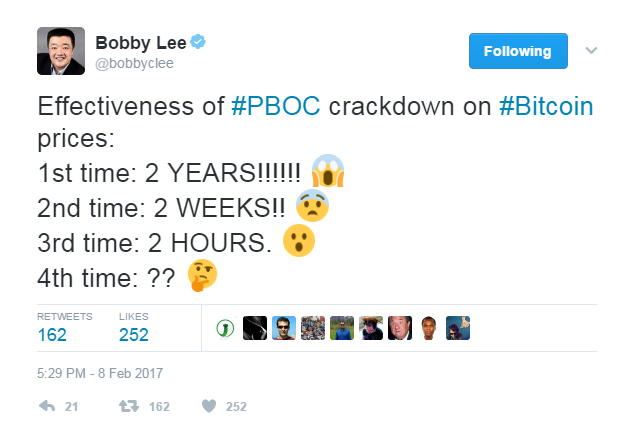 Following the halt on cryptocurrency withdrawals, bitcoin.org, an introductory portal for new users in the Bitcoin space, has removed both OKcoin and Huobi from its list of recommended exchanges, as can be seen on the website and on github.

It is unclear if other exchanges in the country will follow suit or if the situation is only relative to these two exchanges, but one thing is certain: It`s not so easy anymore to devastate Bitcoin and different countries like Russia, Japan, Philippines and others move towards a more bitcoin-friendly regulatory scene.