The Waves Platform community has been waiting in anticipation to get a glimpse of the new Decentralized Exchange (DEX) interface. Finally, during the UFA Future Forum Event, a first look at the new DEX GUI was revealed.

The Waves Platform community has been waiting in anticipation to get a glimpse of the new Decentralized Exchange (DEX) interface. Finally, during the UFA Future Forum Event, a first look at the new DEX GUI was revealed. 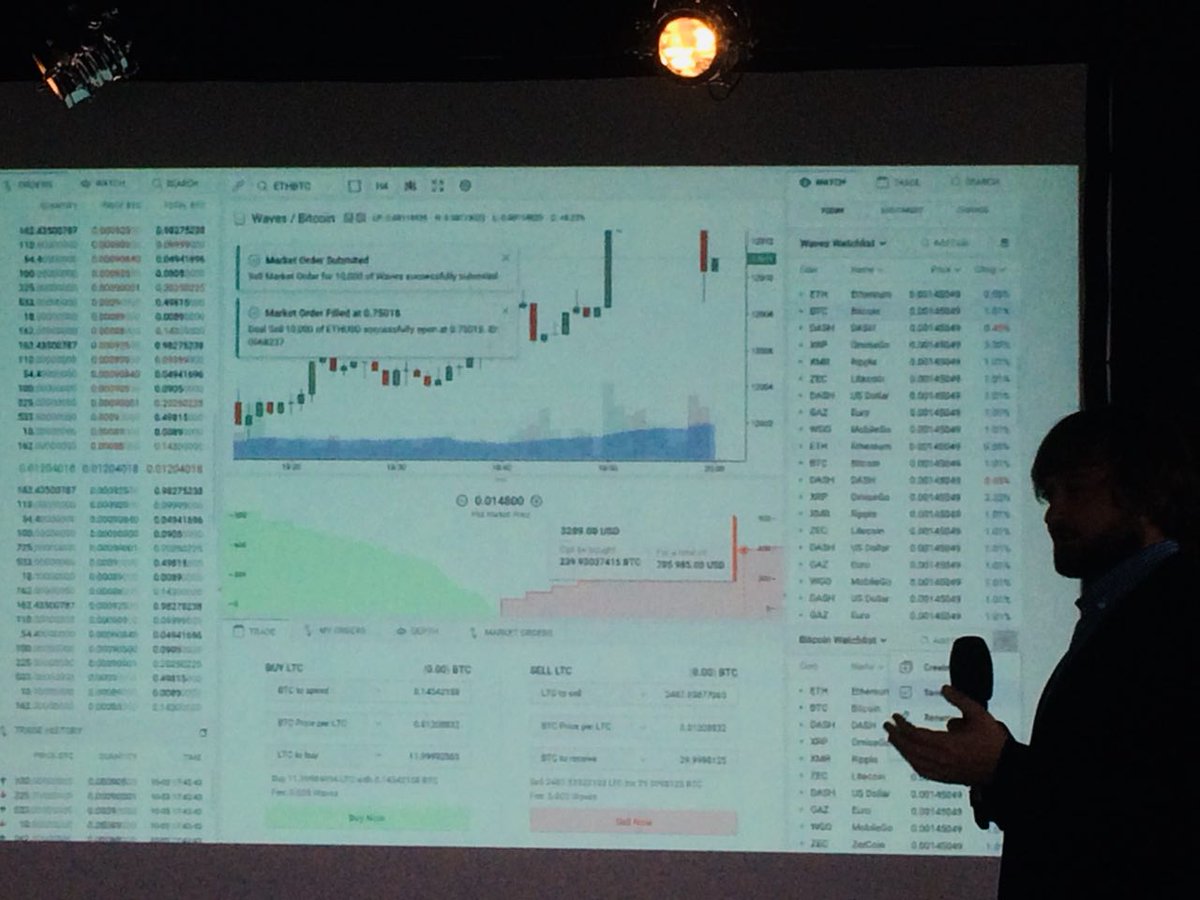 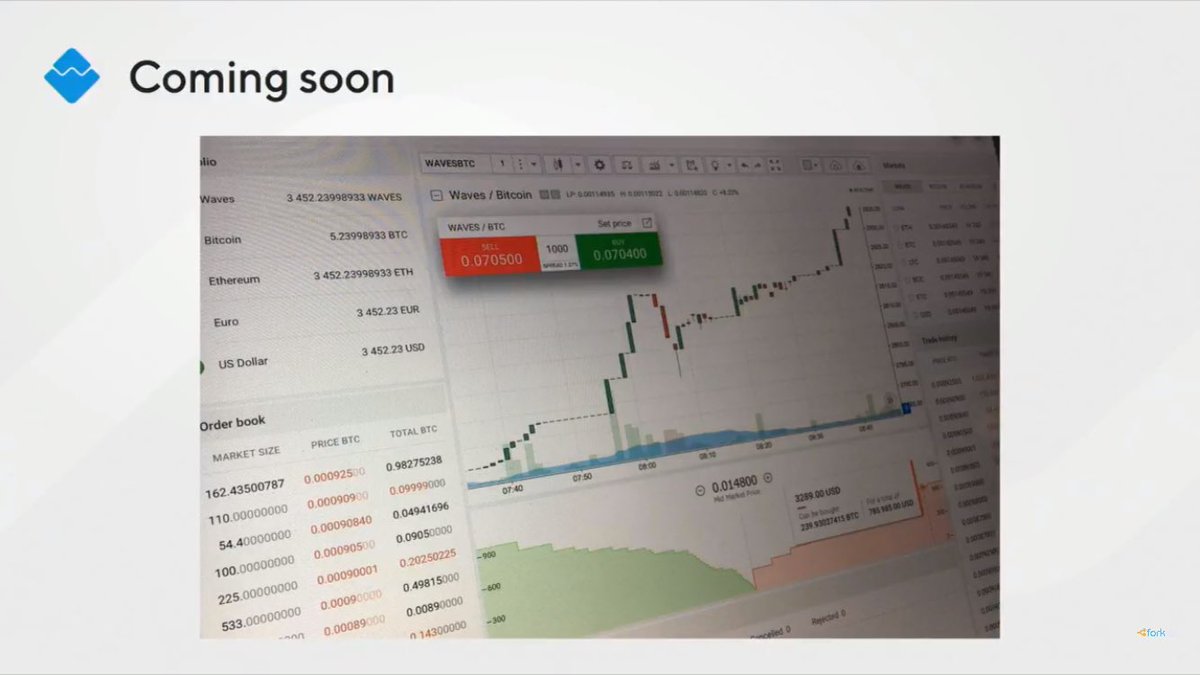 The Waves DEX is a decentralized exchange that allows users to trade within the Waves blockchain. Any token on the exchange can trade with any pair, as long as it is on the Waves platform. Along with a vast variety of Waves assets that have been issued by an array of startups, the Waves team are constantly adding gateways of existing fiat currencies and established alternative cryptocurrencies. The current fiat gateways include the US dollar and the EURO, as well as four alternative cryptocurrency gateways being Bitcoin, Ethereum, Litecoin and Zcash. Litecoin, and Zcash are new editions to the DEX as they were only added this week. 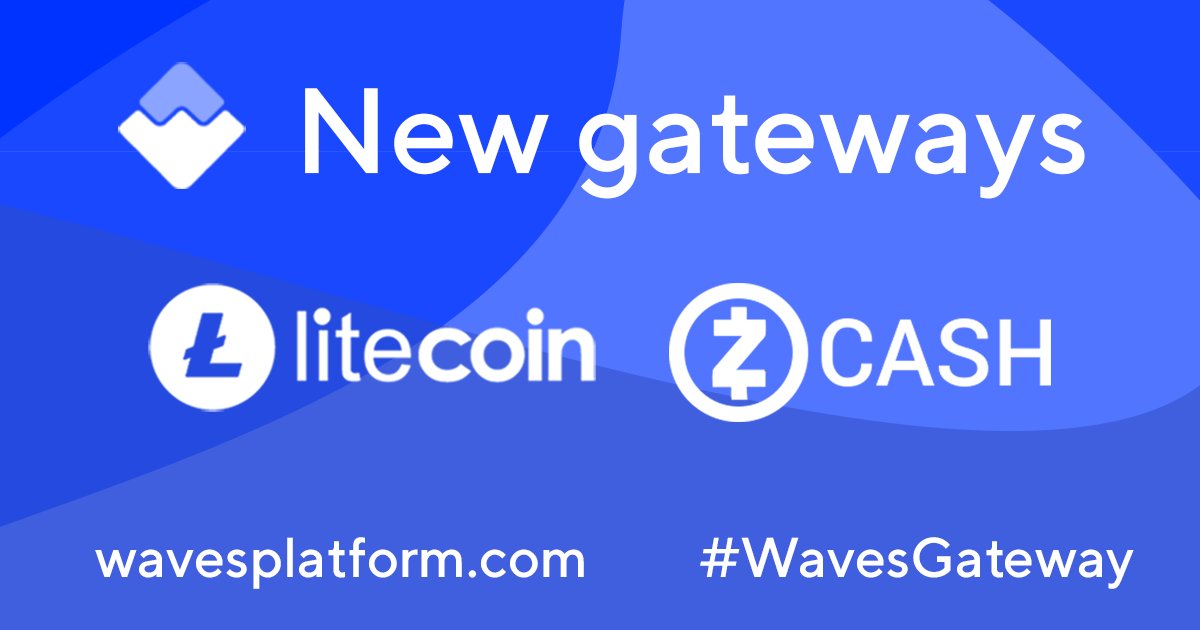 The gateway token represents a proxy token, meaning, the token is backed fully 1:1 by the fiat currency or cryptocurrency of the same name. When the user wishes to cash out, the gateway sends the equivalent amount to your address. In the future, when Waves adds a vary of gateways, it will be possible to store a wide variety of cryptocurrencies just within your Waves wallet.

The DEX preview and the new gateways are not the only recent good news coming from the Waves camp, as Waves-NG is said to be implemented on October 10th. Waves-NG will be the first cryptocurrency to be able to handle hundreds of transactions per second. In comparison to Bitcoin, this is a huge step as Bitcoin can only handle 3 transactions per second. It is clear that Waves is gearing up for mass adoption.

Waves’ PR has also increased, with Sasha Ivanov appearing on CNN on a story relating to the new cryptocurrency craze in Russia. Sasha appeared in the story buying lunch for the CNN reporter with Bitcoin. A sneak peak can be seen here. 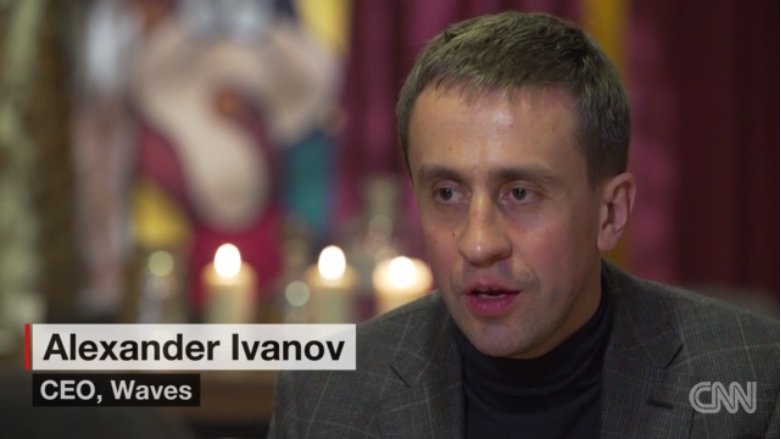 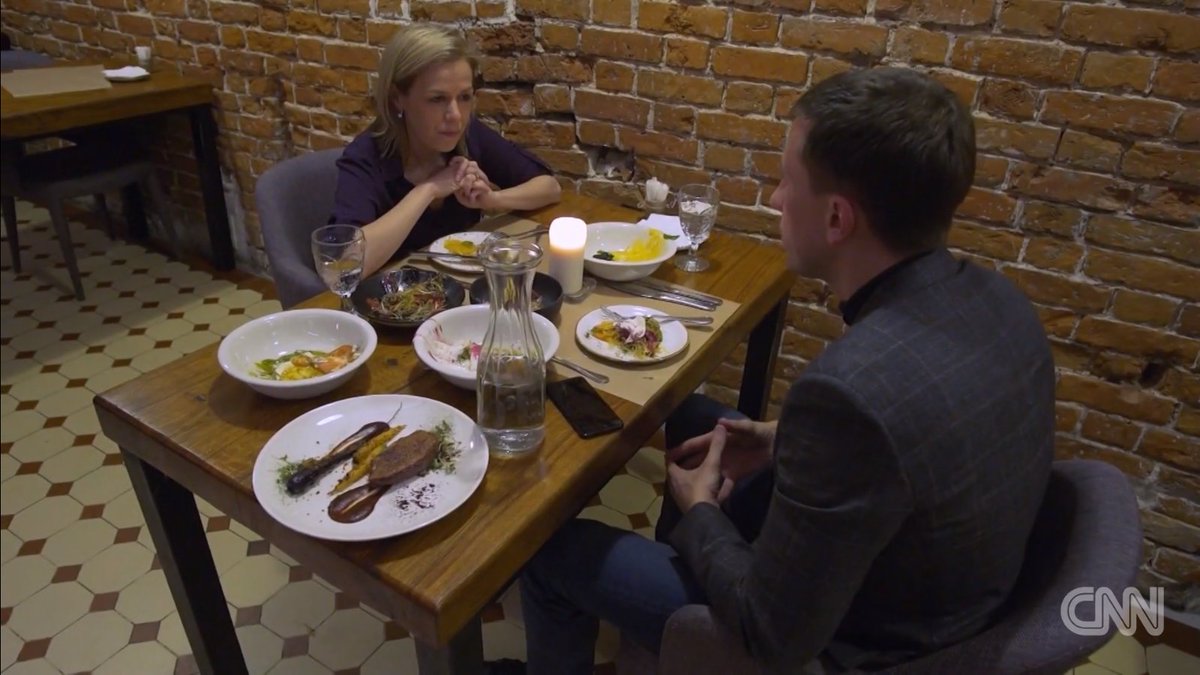 Last, but not least, Waves has beeng added to an Indonesian exchange named bitcoin.co.id. The exchange is offering a Waves pair directly with the Indonesian Rupiah. On the first day of trading, Waves volume on the exchange was half a million USD. Owner of the CoffeeCoin.io, James Allen, a project set to be on the Waves platform, said this about the addition to the exchange:

“As someone who has been based mainly in Indonesia for the past five years, I can tell you firsthand that the crypto community there is massive and active – and that the center of that activity is Bitcoin.co.id. I am very excited about this news, especially since my own project involves both Waves and Indonesia. Our proof-of-concept project for CoffeeCoin.io this past July was successful thanks to Bitcoin.co.id – we were able to instantly exchange Waves for Bitcoin and then Bitcoin for IDR right in Ubud, Bali where we were buying coffee direct from farmers – coffee that was purchased from customers around the world with our Waves-based token. With Waves on the Bitcoin.co.id exchange, one more step has been removed in this process, further streamlining our platform’s supply chain – this adds massive value to our upcoming CoffeeCoin.io platform and this will be similarly advantageous for any other Waves-based projects that involve the Indonesian market too.  Keep in mind, Indonesia has the fourth largest population in the world, they are crypto-friendly – and Sasha will be speaking there at the end of October at the BlockBali conference. Super exciting news for both the Waves community and Indonesia.”

Furthermore, Waves now on the YoBit exchange has multiple pairs with an array of alternative cryptocurrencies. 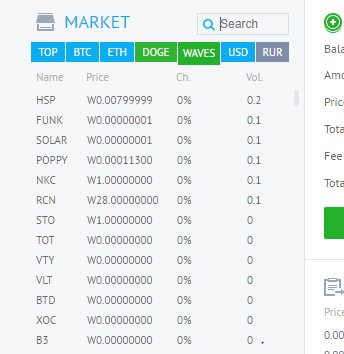 Waves seems like it’s moving in a positive direction with the platform surprising investors and community members every day. Waves has a lot to look forward too, including the mysterious tweet below  of three major announcements, however, details are very limited as yet.

The Waves team has also added a few extra details to their roadmap in their latest blog which can be found here.