This week sees heavy testing of full nodes on testnet. Within hours of announcing the bounty programme, over new 100 nodes were active. The Waves team is extremely grateful to the community for stepping up and helping with this extremely important process.

Testing continues, with the core devs running a new version of Waves that should be released to testnet for public feedback in the coming days. This includes network layer improvements, better peer data and error handling, network traffic optimisation and tweaks to the consensus algorithm.

The delays from previous ETAs have been caused by issues in Scorex coming to light. Fixing these entailed rewriting the Scorex network layer almost from scratch; eventually around 90 percent of Scorex as used in Waves will be rewritten.

We are also working on the mobile application, which needed a full revamp to adapt to that media type. Token creation is still pending, at which point this too will be implemented in the new mobile GUI.

Waves has been moving its bitcoins from Coinbase, where they were held during the ICO, into cold storage for additional safety. This has to be done in batches, since a maximum of 2,500 BTC can be withdrawn at a time. You can see our BTC reserves in the following addresses:

1,000 BTC was exchanged for Waves, providing support for the market and allowing investors to exit their ICO stake if they wanted. A further 4,000 BTC was sold for fiat to pay for ongoing costs – this occurred before the bitcoin halving, at a historically high exchange rate. Waves’ burn rate is surprisingly low by industry standards and the bitcoin reserves we have should last for years. Current expenditure is generally between $50,000 and $60,000 per month. A breakdown of costs for last month (August) has been included below. 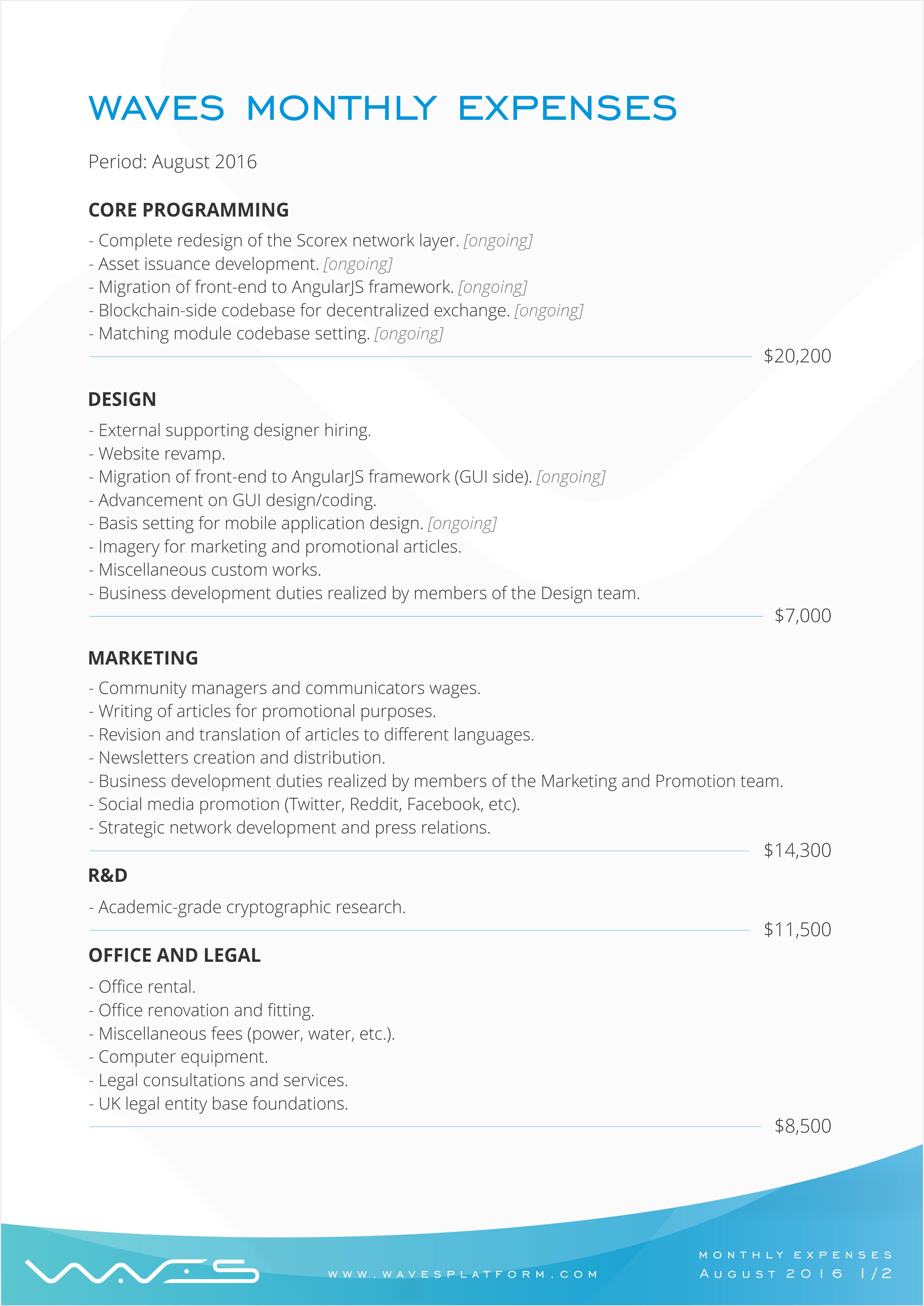 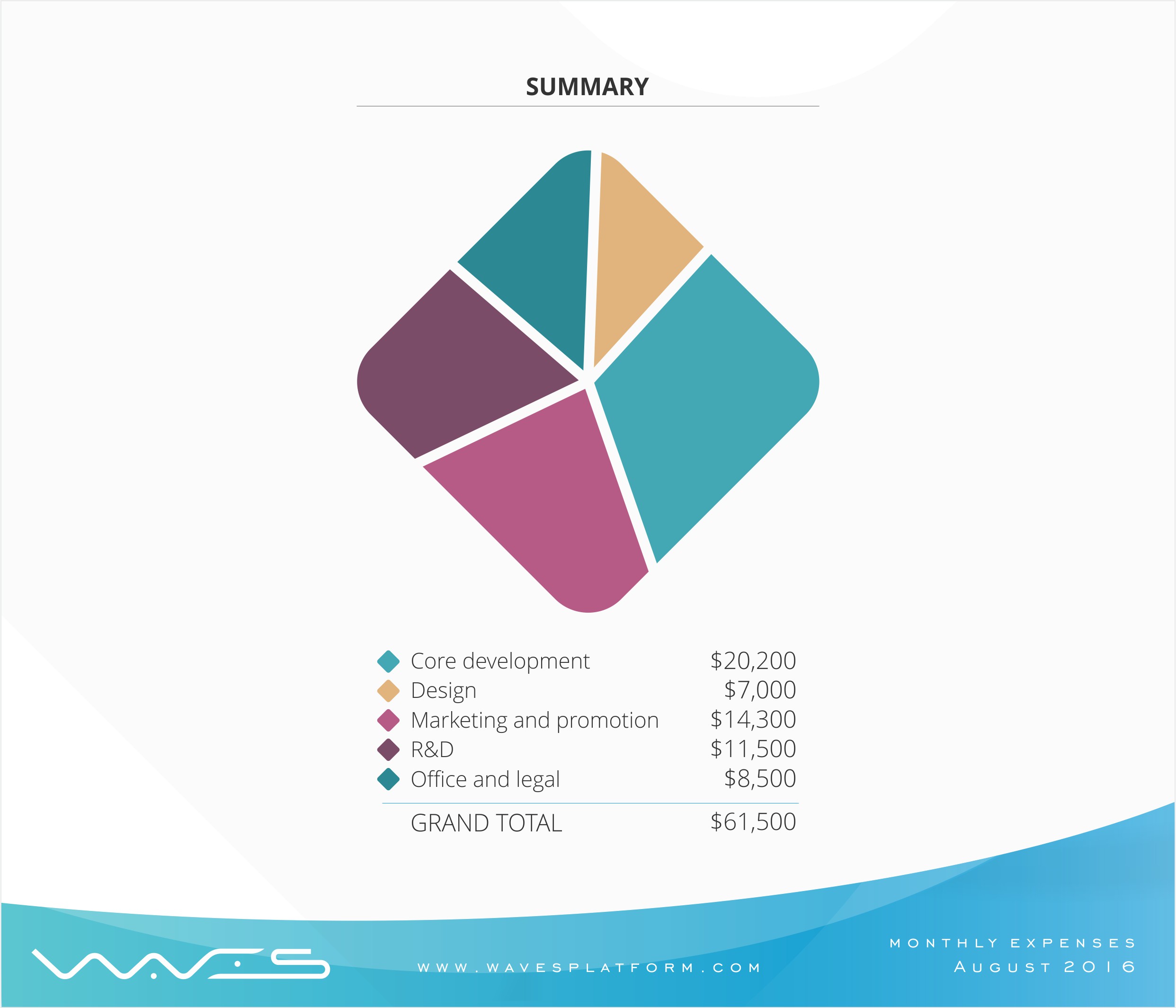 It’s not a race, it’s an ultramarathon