Following the initiation of two successful Initial Coin Offerings (ICOs) on the Waves Platform, MobileGo and EncryptoTel, a third crowdfunding campaign for a Waves-based asset is soon to take place, the ZrCoin ICO.

Following the initiation of two successful Initial Coin Offerings (ICOs) on the Waves Platform, MobileGo and EncryptoTel, a third crowdfunding campaign for a Waves-based asset is soon to take place, the ZrCoin ICO.

Starting in 28 hours, on the 11th of May, the ZrCoin Initial Coin Offering campaign will see an undefined number of ZrCoin tokens, a Waves-based asset that is to be backed by synthetic Zirconium Dioxide (Synth. ZrО2).

Unlike other real-life asset backed coins like wBTC or USDT, ZrCoin will not buy and/or store any amount of synthetic Zirconium Dioxide (Synth. ZrО2) and will instead produce and commercialize the material with the funding gathered from ICO investors.

Natural Zirconium Dioxide (ZrO2) is used throughout the globe in industry as a refactoring material for high-temperature furnaces. The material has a low duration period, after which it is throw away, an extremely wasteful and polluting practice.

The ZrCoin project has developed technology that allows them to produce synthetic Zirconium Dioxide (Synth. ZrО2) from waste material and raw material. The synthetic version is much more durable and resistant. ZrO2 is used in various industrial applications: 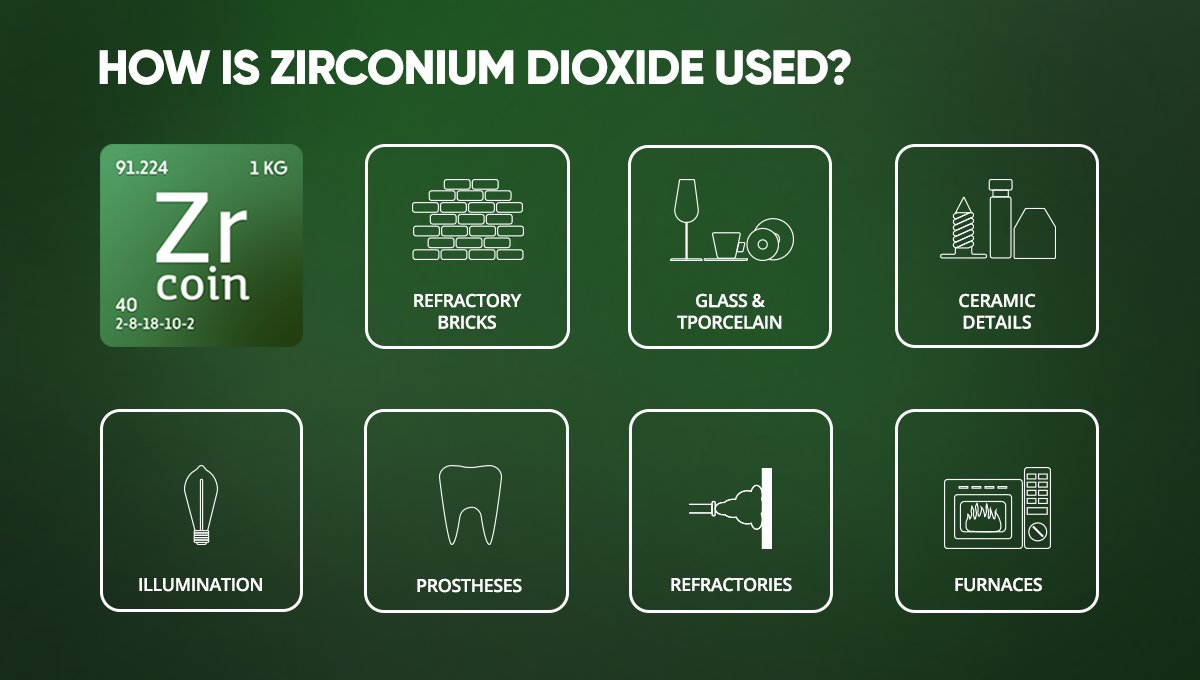 So what exactly is the value proposition behind the ZrCoin project and token sale? The team has put together a comprehensive whitepaper and a business plan that explains how the project and ICO works as well as why the ZrCoin crowdfunding campaign is an interesting investment, to say the least.

The Initial Coin Offering campaign will last for a month. During the first day of the ICO, ZrCoin tokens will be sold at $1.40, a 50% discount in comparison to the current market value of 1Kg of Synth. ZrO2 which is roughly $2.80. The price of the tokens will steadily increase until it reaches $1.55 on the last day of the ICO.

The funds will then be used to purchase real estate in the industrial area of Magnitogorsk, Russia, to build a factory and launch the manufacturing process for synthetic zirconium dioxide.

Eight months after the ICO, the ZrCoin team will start a buy-back campaign that will see $400,000 worth of ZrCoin bought at the market value of Synth. ZrО2 with the profit made from the manufacture and distribution of Synth. ZrО2 every month.

Investors will also be able to exchange their ZrCoins for the company’s stock if the company is eligible for IPO or to exchange it for BTC, fiat or other cryptos in independent exchanges or on the Waves Decentralized Exchange. If you are insterested in this option, you should learn more about the Zirconium market.